My choice for Itility: a different shade of blue

Last year, HR consultant Stan van Bokhoven joined the Itility family. Stan came to the attention after posting a brilliant job application for Coolblue on LinkedIn (see picture below). So why did Stan choose Itility instead of Coolblue? And how does he look back on that decision? In this blog, Stan talks you through his journey. 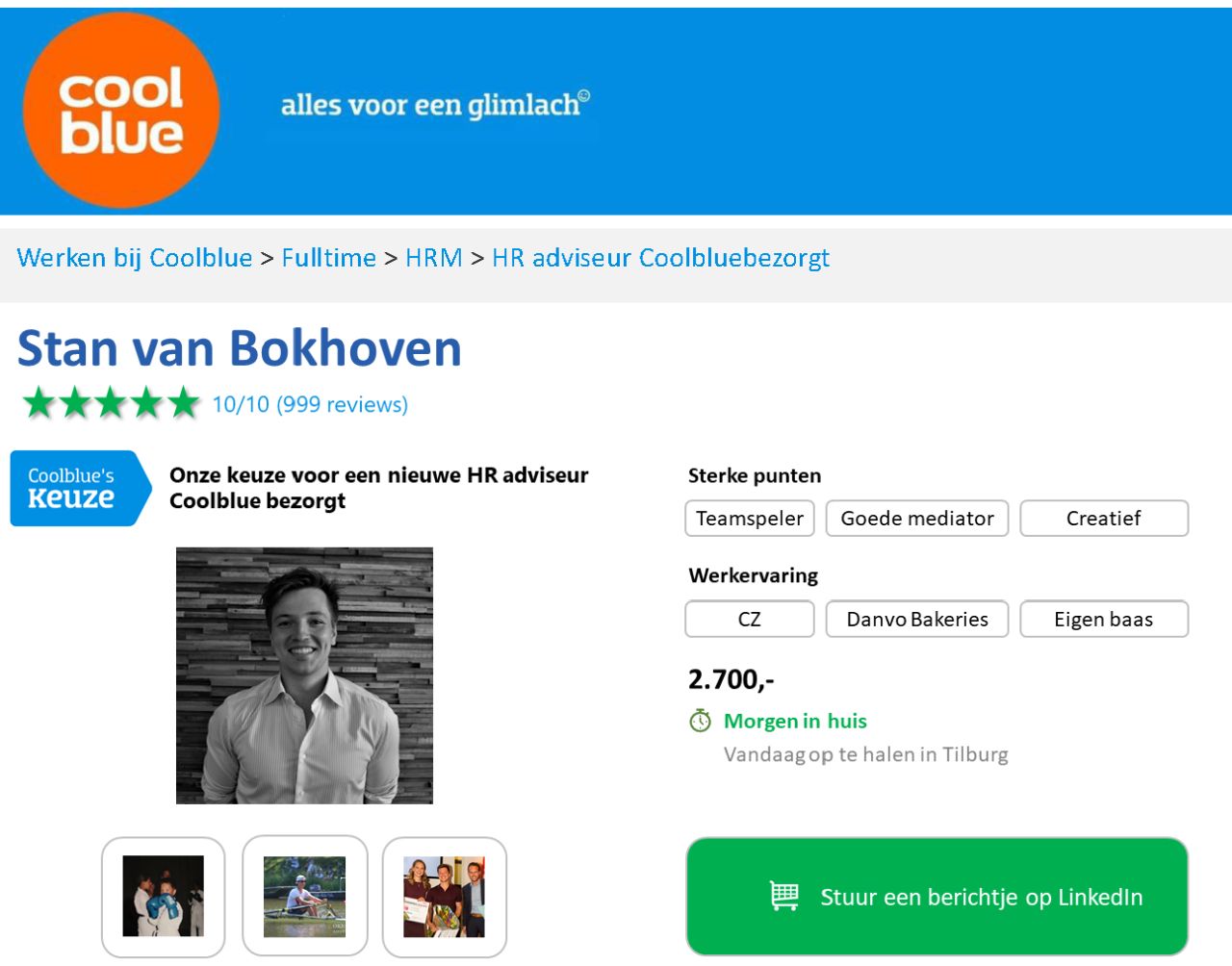 Why did I choose Itility, while everyone expected me to go for Coolblue?

About two months into my job search, I realized that the old-fashioned way of applying for a job was not working. Your resume gets buried under a giant pile of resumes, recruiters don’t have time to read the cover letter you spent an hour writing, and half the companies you want to work at are in a COVID-caused hiring freeze. As a semi-joke, I decided to Photoshop myself as a product into the Coolblue webshop and posted the result on LinkedIn. Worst-case scenario, they would ignore me; best-case scenario, they would invite me for an interview and maybe one or two other companies would see it as well and shoot me a message. At the time I am writing this, the post has:

So - my plan worked a little too well.

The old problem was replaced by a new one: Coolblue responded… and so did over 40 other companies! So how do you choose? In all fairness, after the first week there were two clear front runners: Coolblue and Itility. Coolblue was the obvious choice. It was the Marvel-movie of recruitment procedures: a 400-million-dollar production budget, full of special effects, and an action-packed plot. In summary: “everything for a smile.”

And then there was Itility. Not as many special effects, it didn’t feature both Robert Downey jr. and Samuel L. Jackson, but the plot was incredibly good. I left both interviews at Itility with a smile on my face and the feeling I wanted to go back as soon as possible. The actors were great, the dialogue was intriguing, and, as it turns out, the story would get a happy ending. After my first two months, I can confirm I made the right decision. Although the onboarding process has been challenging, I am slowly but surely getting to know the company. I keep seeing the expression “#cool” floating around in our communications, so I decided to summarize what particularly I believe is cool about Itility and – most importantly – about all the colleagues I have had the pleasure to meet so far.

#Cool is encouraging people to think outside the box, even if that box is one you created. Itilians are always curious about new ideas. Now, if your idea needs fine-tuning, you can always expect honest, no-nonsense feedback. And if your idea is good, you are happily supported in bringing it into practice, ensuring a high-quality delivery.

#Cool is truly caring about your work, your workplace, and your colleagues. An extra phone call to make sure someone is okay, staying half an hour longer to help someone with his deadlines, and even doing the little things like disinfecting your desk after you are finished working for the day to leave a clean desk for your colleagues. These little things add up and go a long way.

#Cool is having the courage to embrace change, no matter how uncomfortable that might be. I am impressed by the willingness to adopt new approaches, perspectives, and ways of working, even if it is a radically new way of doing things or a completely new way of looking at a challenge.

In summary: what makes Itility cool is the way people and ideas are encouraged to grow. A different shade of blue, but a #cool one! 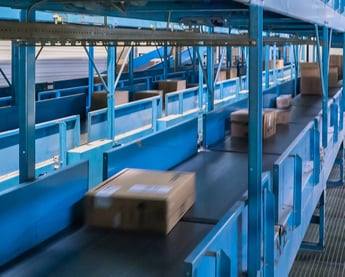 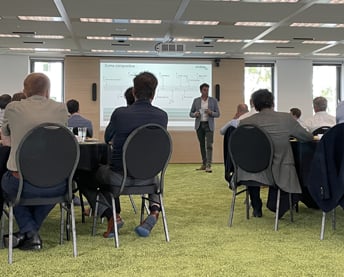 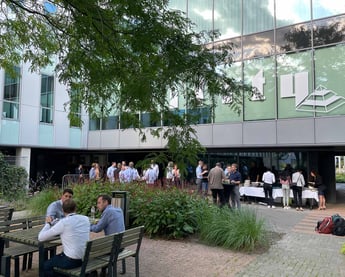